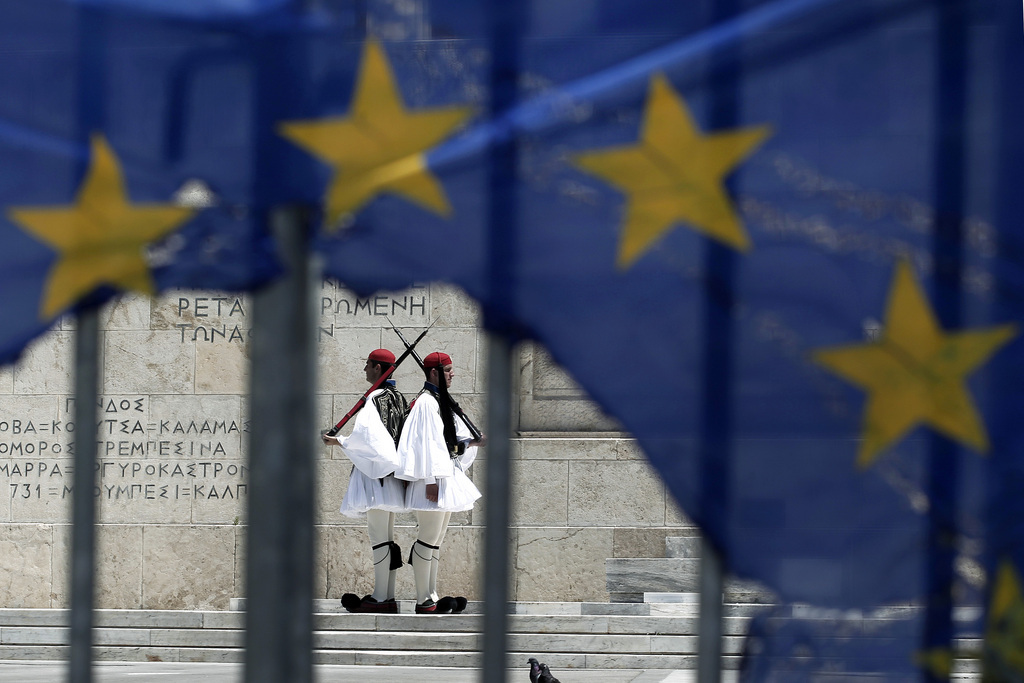 Greek presidential guards are seen performing the changing of the guard ceremony through the remains of a European Union flag half-burnt by protesters in Athens, on Wednesday, May 1, 2013. About 8,000 people took part in subdued demonstrations in Athens as austerity-weary unions held a strike for May Day. The countrys main labor unions protested soaring unemployment, which is the highest in the 27-country European Union, and the austerity measures the conservative-led government is enacting in return for crucial bailout loans.(AP Photo/Petros Giannakouris) 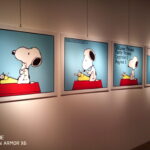 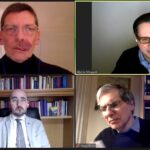 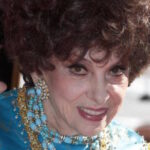